The 10 Things I Miss the Most About Living in Paris

February 17, 2020
In 2018 I lived in Paris which gave me my first taste of life living abroad. I recently visited the City of Lights and felt super nostalgic about my life in this amazing city. 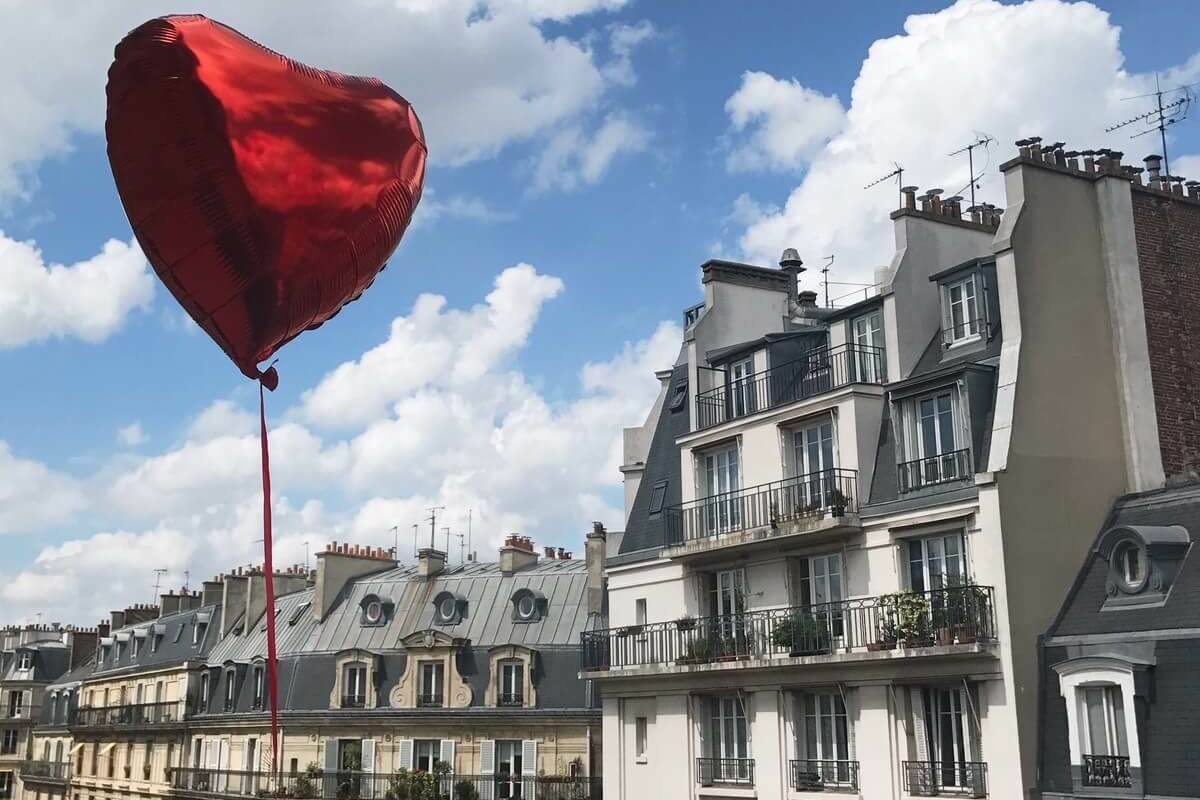 1. The Experience of Eating Out

In France, dining in restaurants is truly an experience and not a rushed event. You are encouraged to stay in the restaurant as long as you want instead of being ushered out as soon as you finish your meal.

One of the biggest perks about eating out in Paris is that all restaurants practice service compris meaning the tip is already included in the item’s price and you won't be shocked once you receive the bill.

My overall favorite thing about eating out in Paris that is you can almost go into any restaurant and expect the food will be amazing. Parisians hold food to such a high standard it forces restaurants either serve high-quality dishes or go out of business due to the competition.

There is nothing like the taste and smell of freshly baked French bread. On almost every street in Paris, you can find a boulangerie which sells otherworldly bread and pastries.

Every year there is even an annual contest in Paris for the best baguette called the “Grand Prix de la Baguette de Traditional Francaise de la Ville de Paris.”

The chosen baguette will get delivered to the President of France every day for a year.

I got into the habit of buying a fresh baguette from different boulangeries every week and was lucky enough to try the 2018 winning baguette at Boulangerie Mahmoud M’Seddi. All I can say is the President is extremely lucky to eat this baguette daily.

Paris is renowned for being the fashion capital of the world and you can tell why when you are there. I have never seen Parisians wear pajamas to the grocery store or exercise clothes in public, they always look presentable even if they are just taking out the trash.

Parisians take pride in dressing well and prefer investing in timeless pieces rather than buying fast fashion. They have mastered the effortlessly chic style and never look like they spent hours getting dressed.

One of my proudest moments was getting street styled by Vogue Girl Japan if anyone can find that picture of me that would make me beyond happy.

Also in the category of fashion, I cannot forget to mention the shopping in Paris which deserves an Olympic gold medal in my opinion. There is every store imaginable in Paris and you can find beautiful clothing and accessories everywhere you look at ranging from designer prices to thrift store steals.

An important tip is that if you are a non-permanent resident or citizen of an EU country you can qualify for a tax refund if your purchase is over a certain amount. You can expect to receive at least 8-27% back as a refund which can make your shopping spree in Paris a reality!

It was a definite perk to hear people speaking French everywhere I went. I noticed in Paris, locals tend to dislike speaking English which I can see why when their language sounds so much nicer.

I enjoyed learning the language and testing my speaking ability by talking to locals. I always felt super happy when they could understand what I was saying especially when I was first learning to speak French.

I now unfortunately don't have many opportunities to speak French on a daily basis but I developed the habit of cursing in French when the New York subway is non-functioning as usual.

Although Paris is in France it is not only influenced by French culture, as there are millions of immigrants from every corner of the world who call Paris home. It is especially prevalent in the number of different cuisines available in the city.

The 1st arrondissement is home to Little Tokyo along Rue Sainte-Anne which has dozens of Japanese restaurants, bakeries, grocery stores, bookstores, and decor shops. This area is popular with locals and tourists alike due to its central location. My tip is to go for an early dinner right when the restaurants open around 18:00 to avoid waiting.

My top spots in Little Tokyo:

When I was living in Paris I lived in the 3rd arrondissement also known as Le Marais. The street I lived on, Rue au Maire is home to the oldest and most compact Chinatown in Paris.

One of the main reasons I loved living in Chinatown is because I had access to authentic and cheap Chinese food right outside my doorstep. Here you can find popular restaurants, bubble tea spots, bakeries, and even clothing stores carrying Chinese and Korean fashion.

My top spots in Chinatown:

There are also two other Chinatowns located in 20th and 13th arrondissements which are definitely worth a visit. The 13th arrondissement is the largest Chinatown in Europe and hosts an annual Lunar New Year Parade. The 20th arrondissement, also known as Belleville is an up-and-coming trendy neighborhood with loads of street art and of course delicious Chinese, Vietnamese and Cambodian food.

There is also a cool African Quarter located in the 18th arrondissement which showcases the vibrant North African culture in Paris. I especially enjoyed visiting the street markets in Rue DeJean and Rue Poulet there you can find unique food, spices, traditional crafts, and clothing. If you are there, you would not want to miss this place:

In comparison to the New York subway, the Paris metro is far superior. The pass is called Navigo which is a scannable card with your picture on it. The unlimited weekly Navigo adult pass is 22.80€ plus 5€ for the card fee. The metro comes every 4 minutes or less during rush hour so you can easily get where you want to go.

A few of the metro stations are even beautifully decorated, my two favorite stations are Louvre – Rivoli which is constructed to look like the famous museum and Arts et Métiers which looks like the inside of a submarine.

The Paris metro pass also includes access to the buses and the RER which is the express train. The RER runs throughout the city and into the outer suburbs making it easy to get a break from big city life.

The most popular places on the RER are The Palace of Versailles and Disneyland Paris.

My favorite place to go to using the RER is a town called Provins which is known for its stunning medieval architecture.

7. Ease of Travel in Europe

One of the main reasons I want to move back to Europe is how easy and affordable it is to travel especially if you live in a major city.

I could usually find roundtrip flights to most cities in Europe for under $50!

You can also take trains and buses which are also affordable ways to travel within Europe. I am a huge fan of Flixabus which is a budget bus carrier with decent legroom and famously cheap prices if you have time to spare. I recently took a 3-hour Flixabus from Budapest Hungary to Bratislava Slovakia for only $11.

You can easily take frequent weekend trips to other European countries with a majority of flights under 2 hours long.

The Parisian architecture always made me look like a permanent tourist, I couldn’t help but stop to take pictures of the beautiful buildings practically everywhere I looked. My camera roll is clogged with pictures of streets and monuments everywhere in Paris.

My personal favorite building although not original has to be the Eiffel Tower, especially when it’s sparking. The Eiffel Tower sparkles for the first 5 minutes on the hour until 1 am. In my most recent trip to Paris, I was extremely lucky to catch the Eiffel Tower shimmering from the plane, it was definitely an unforgettable moment.

The Parisian architecture of today is becoming more modern especially in the business district of La Defense, just outside of Paris. The coolest example of modern architecture, in my opinion, is the Fondation Louis Vuitton, which is a modern art museum.

I will be the first to admit that my cooking skills aren’t exactly advanced. My former roommate Liz used to joke that I was a microwave chef. That’s why I love Picard which is a French supermarket chain specializing in frozen food.

Picard carries a diverse selection of high-quality frozen foods and pre-made meals from Spanish inspired tapas to Thai noodles. I loved how convenient and affordable it is to make a quick meal after a long day of classes or exploring, well mostly exploring.

A majority of my best memories I have about living in Paris include the friends I met living there. I met several friends from around the world and still keep in touch with a majority of them today. I made a few local friends in Paris and am excited to go back to visit them soon!

Below are some of the best resources I always use whenever I am traveling in Paris:

Let me know if you have questions about Paris and I would love to answer if I can! 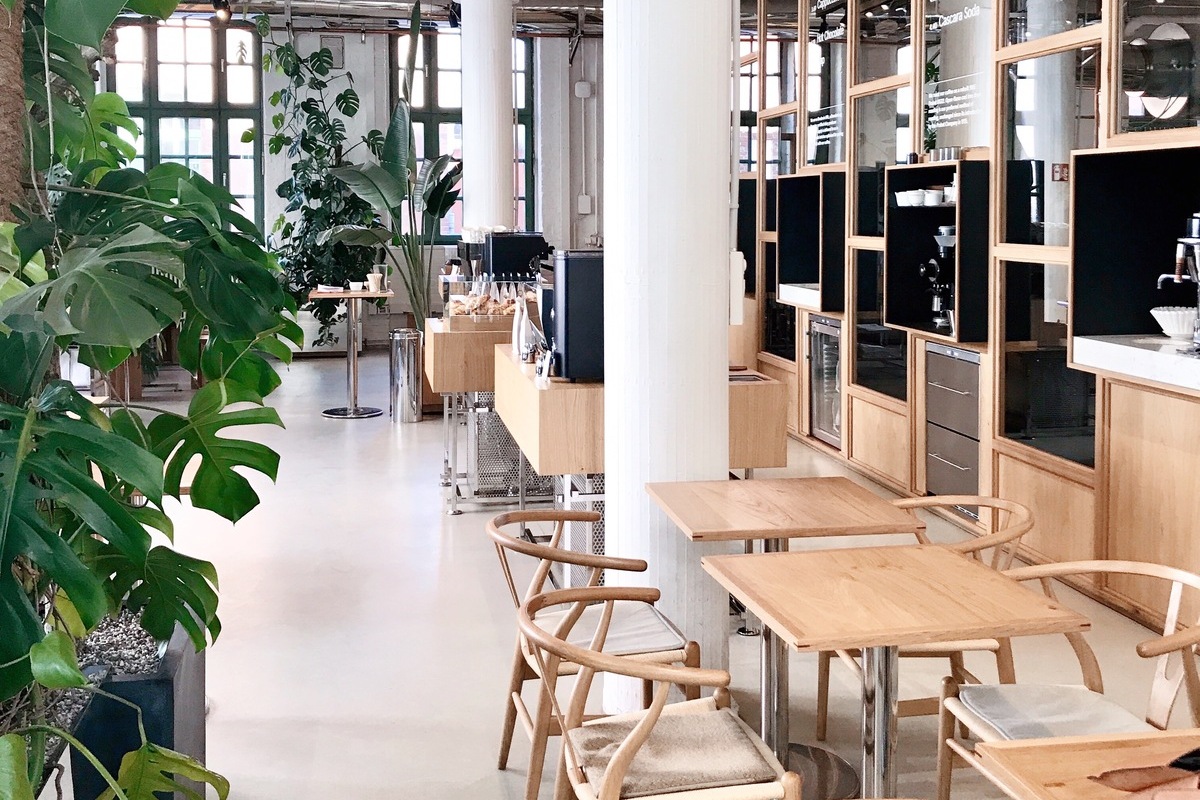 5 Trendy Cafes You Must Visit in Berlin

April 12, 2020
Your guide to the perfect coffee break in the 5 most aesthetically pleasing and unique cafes in German capital.
Let's get caffeinated 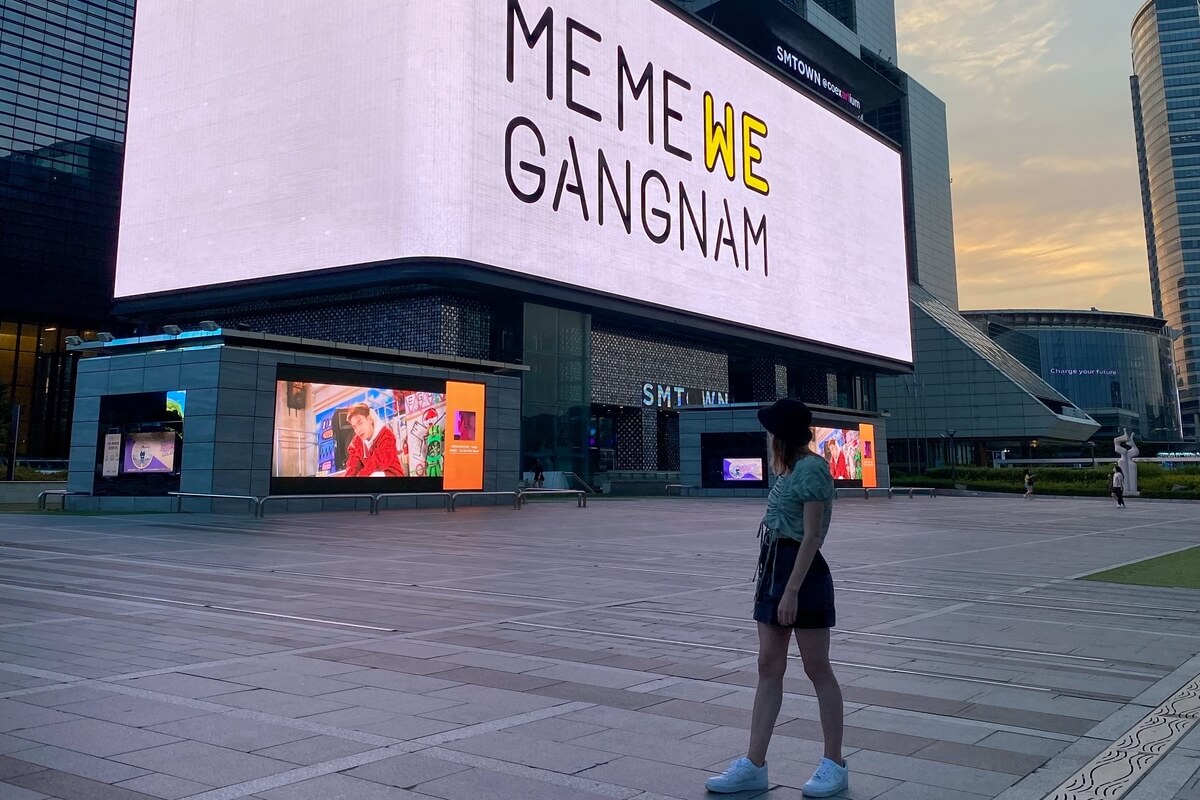 May 17, 2021
The 10 biggest culture shocks I discovered as first as and now as an American expat in living in South Korea.
Shocking but true!

The 10 Things I Miss the Most About Living in Paris

February 17, 2020
In 2018 I lived in Paris which gave me my first taste of life living abroad. I recently visited the City of Lights and felt super nostalgic about my life in this amazing city.
Paris Je t'aime 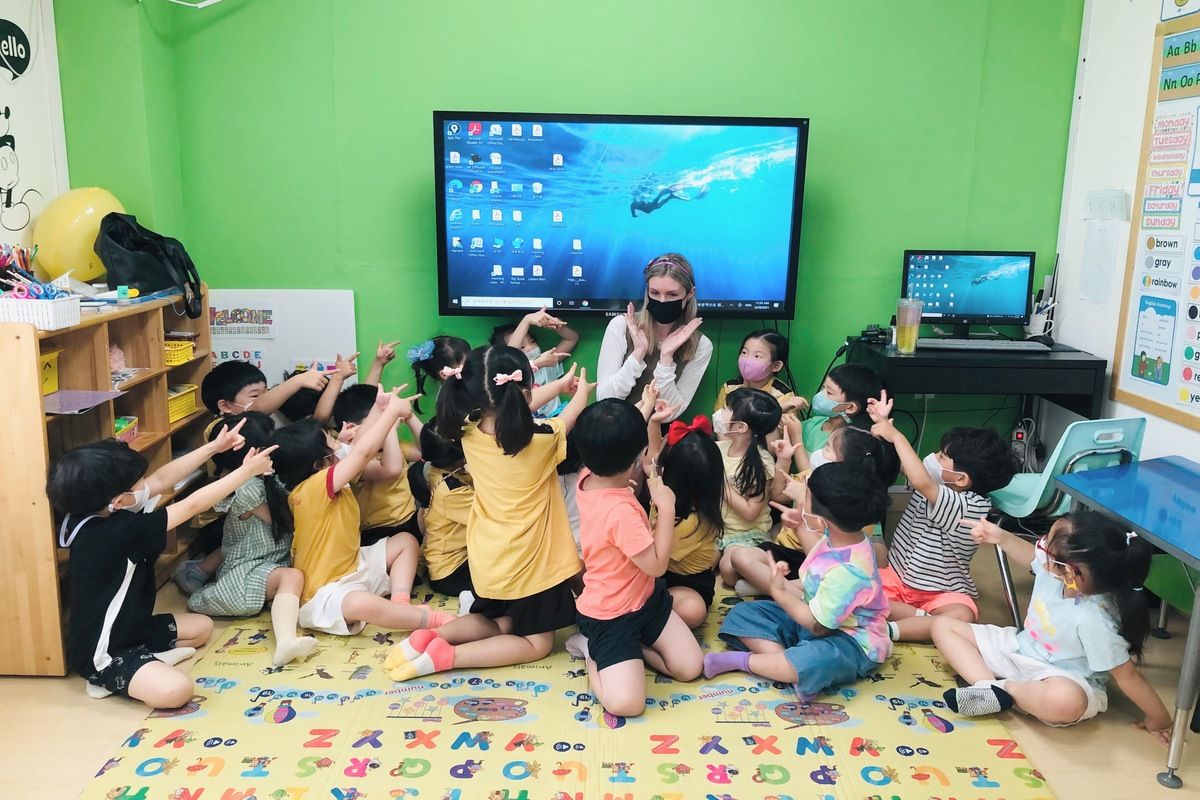 How to Teach English in South Korea: Your Guide to Avoiding Hagwon Horror Stories

October 15, 2021
Teaching English in South Korea is an amazing experience I would recommend to anyone looking for a new adventure. Here are my tips on how to find the best position suited for you.
Your next adventure?
🙋
Welcome to madimonde. 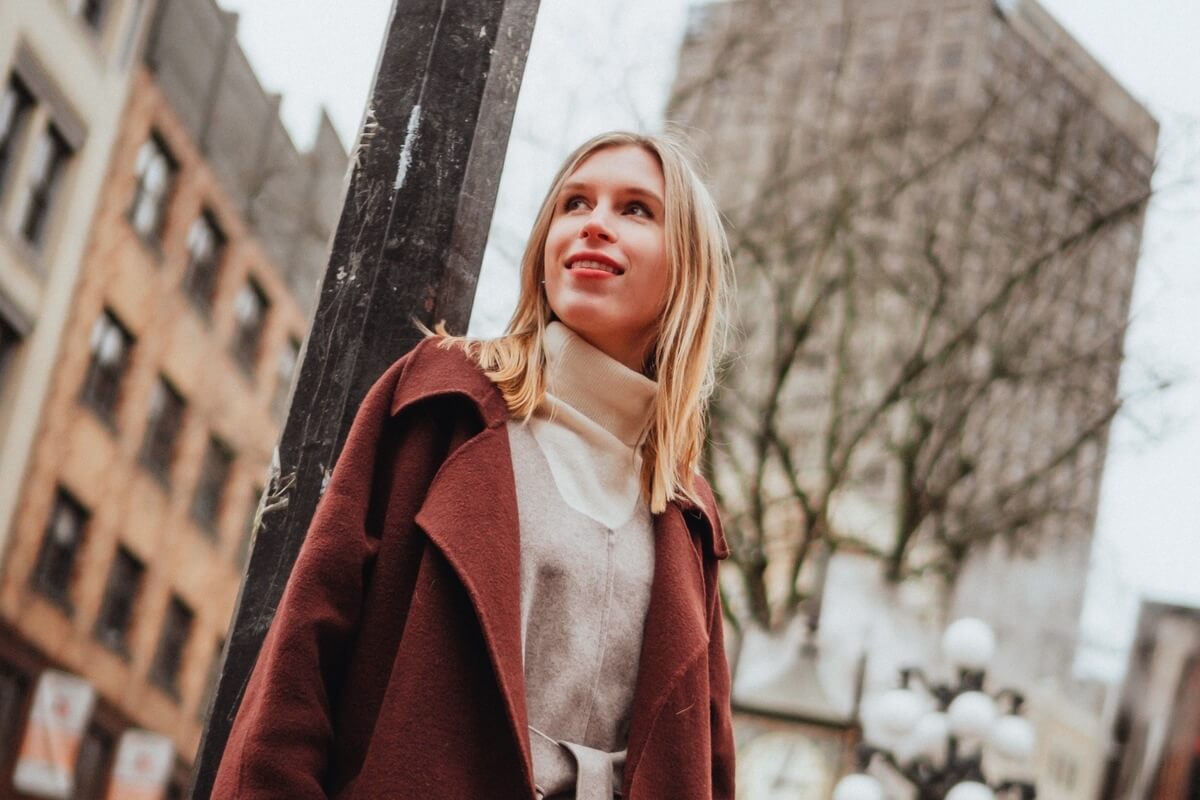 Hey there! I'm Madi and I have an addiction to finding trendy local spots around the globe. Here I spill all my favorite places and tips you won't find in any guide books! 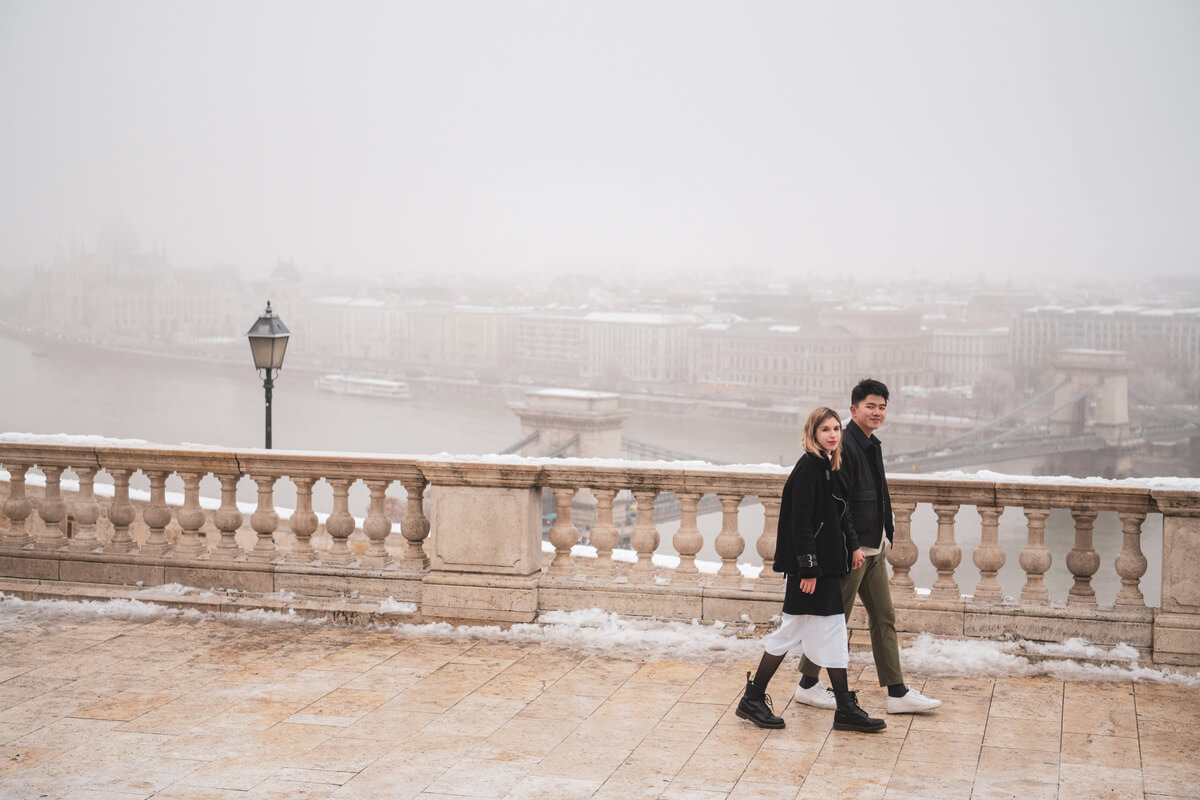 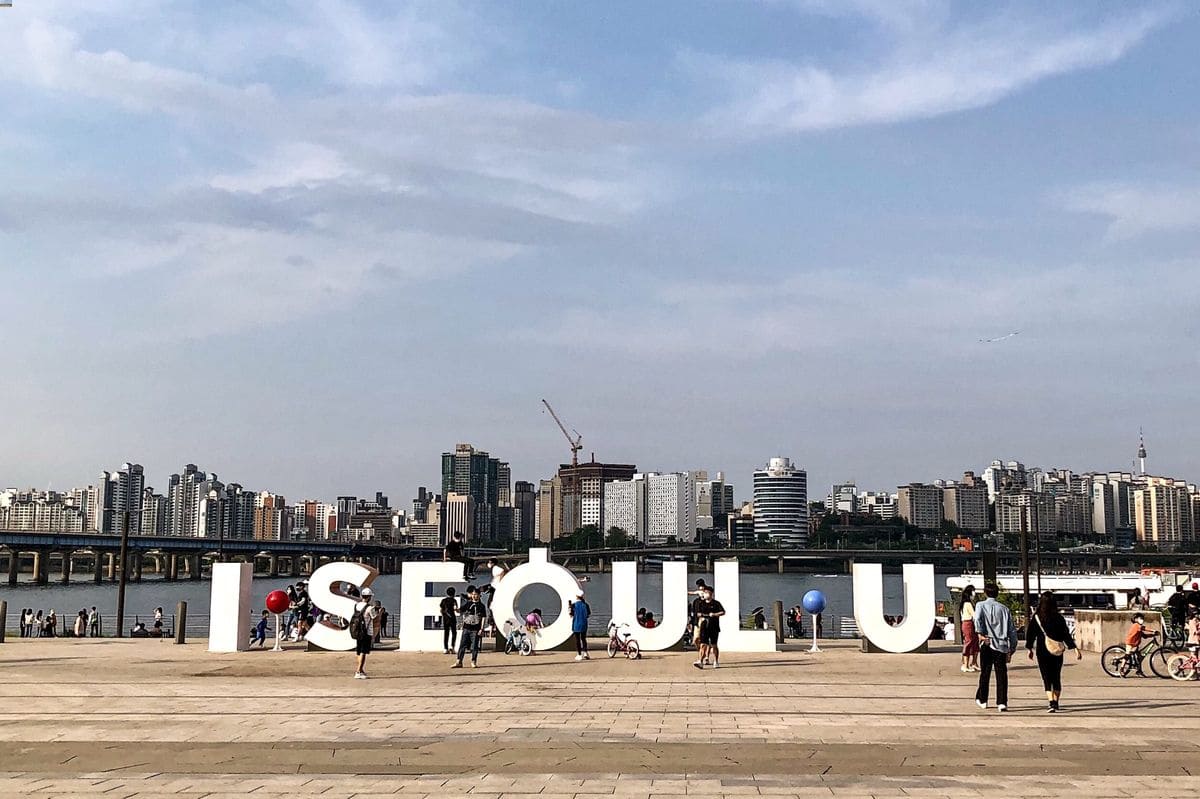 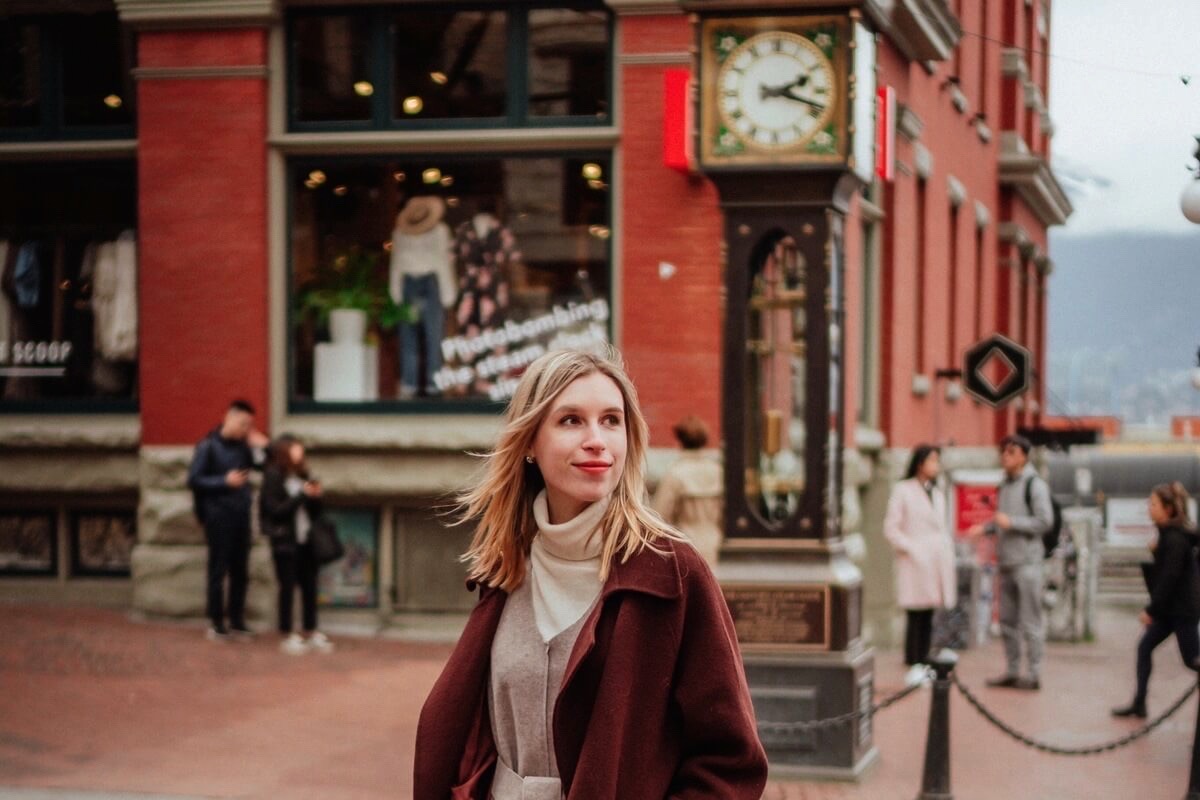 18 Random Facts About the Girl Behind the Blog 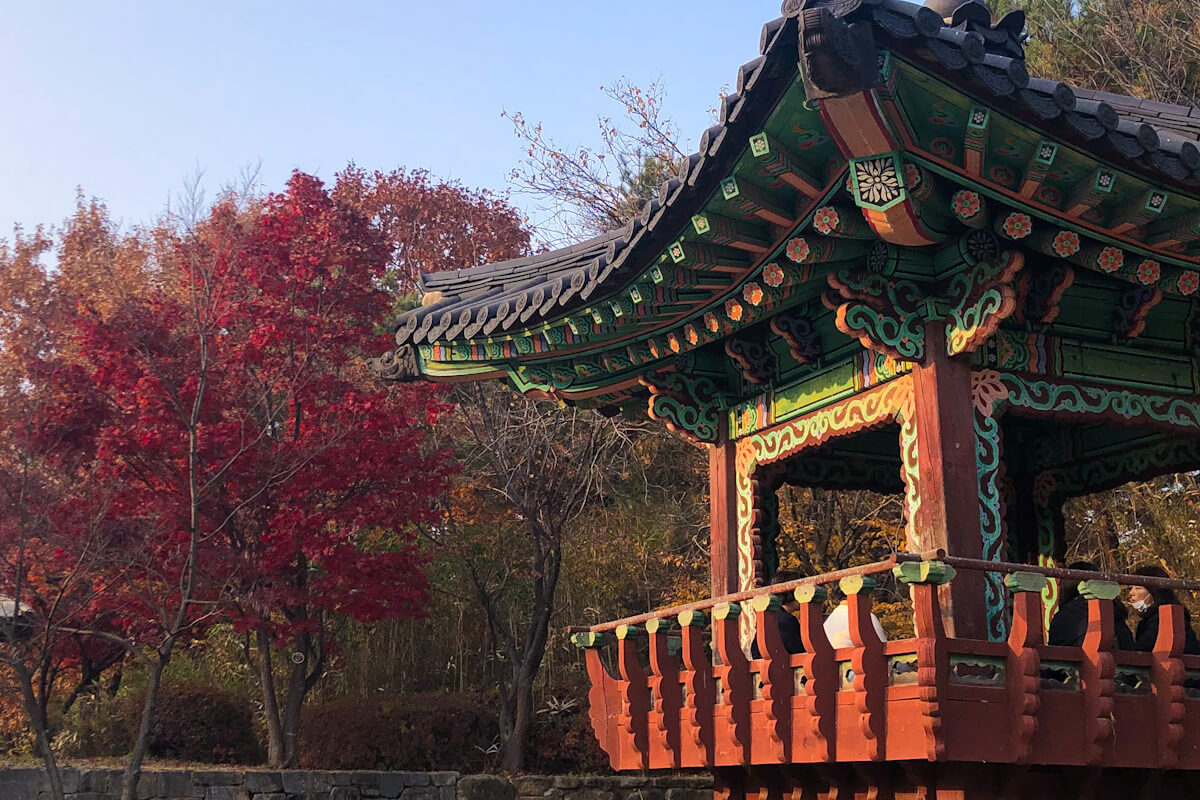 Feel free to contact Madi for opportunities of collaboration, sponsorship, and advertising.